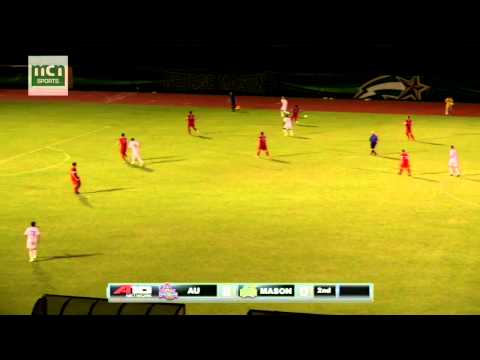 Mason fell to the American Eagles with a score of 3-1 on Sunday night. The lone goal was scored by freshman Stephen Durbin. The Atlantic 10 conference honored Durbin as this week’s Rookie of the Week

See the highlights after the jump.