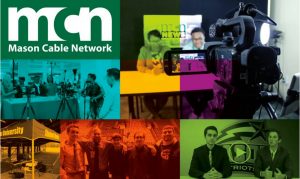 Mason Cable Network, also known as MCN, is the student operated television network airing 24 hours a day, 7 days a week to approximately 6,000 residents on the Fairfax Campus. MCN has been serving the George Mason Community since the fall of 1997 and has thrived on the network’s signature motto “your face, your voice.”

Here at Mason Cable Network, we have built a training ground for any student who hopes to gain hands-on experience or further their career in television or film.

Starting in 2012, our broadcast switched over to high definition to increase the quality of our content.

Fall 2012 was the first semester that Mason Cable Network has had the ability to produce and distribute live content through the network and online websites through live streaming. In the years since, MCN has broadcasted a wide range of University events including Mason Madness, the International Week Dance Competition, CFA shows, and more. We expanded our live content with a weekly news show, and through a partnership with Mason Athletics, broadcast the majority of the Athletics home games including soccer, lacrosse, wrestling, volleyball, baseball, and softball.

As we move forward, we strive to bring the Mason Nation programming that is geared to the community, whether that be news, sports, or entertainment.

No matter the occasion, no matter the program, Mason Cable Network is 24/7 programming for Patriots by Patriots. Come and visit us in the Office of Student Media in the HUB. 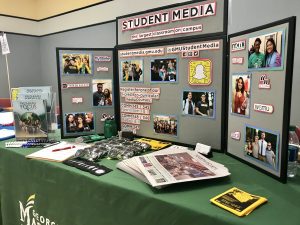 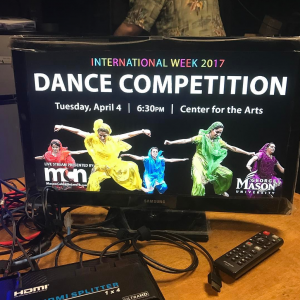 To see a tour of our office, watch the video below: