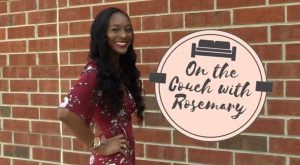 On The Couch is a show hosted by Rosemary Idisi which focuses on the latest celebrity news and Hollywood Buzz. She’s living the legacy on from former host, Geena Jerome.

Rosemary Idisi is a Senior at George Mason University, majoring in Communication with a concentration in Broadcast Journalism. She is also minoring Theater.  She is a sister of Alpha Omicron Pi sorority and currently interns at Voice of America. She enjoys playing volleyball, going to the movies, and traveling. 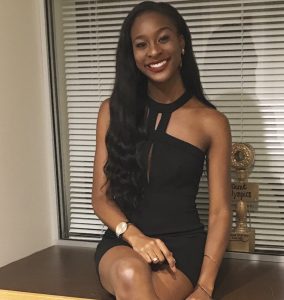